We’ve been analysing your clicks on the images to see just how good human beings are at identifying off-centre vertices, and the news so far is pretty encouraging – I’ve produced a few images that highlight the clusters of clicks on data images where you saw three or more vertices: here are a few of the more striking images. This is just a very small sample, as the algorithm identified over a thousand such clusters of clicks: 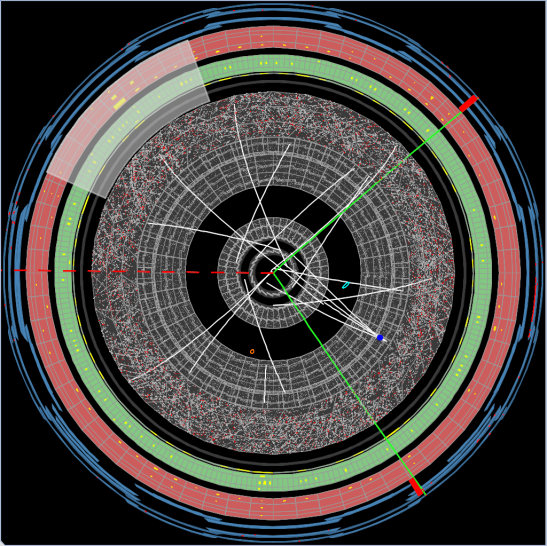 AHH0000k2d has an interesting track that appears to go backwards! 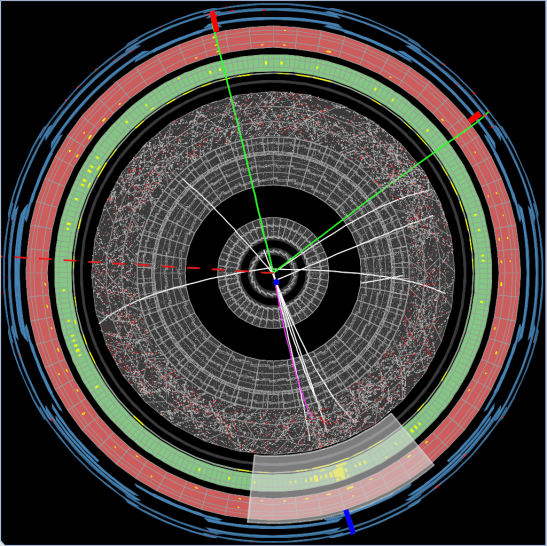 As discussed in the FAQ, the colourful tracks usually indicate OCV tracks found by a computer algorithm. In this case it’s pretty clear that humans found some tracks that the computer missed! 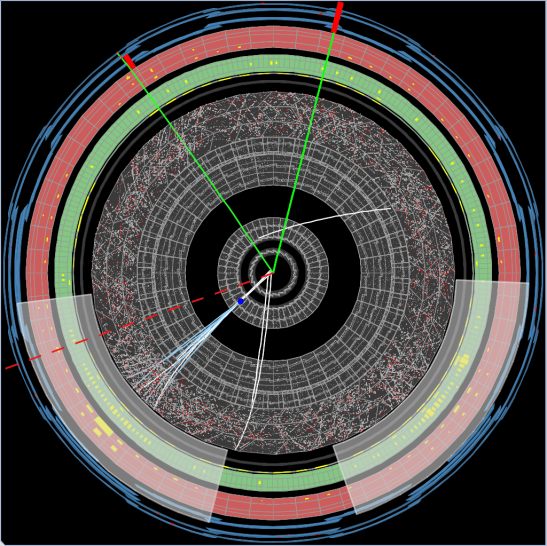 Again, a mixture of tracks that were found by the computer and those which required humans to find! 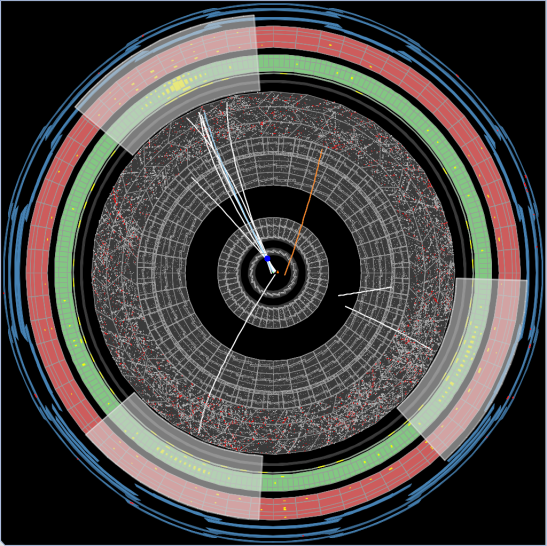 This is one of the many images you’ve identified with missing muons – we’ve seen a few of these which were diagnosed as cosmic rays, but this one seems to have an OCV as well.

Another notable observation from this data is that lots of people have been identifying the colourful ellipses that are sometimes produced in the detector as “weird”. They do look very unusual, but again, these are artefacts produced by the algorithm that draws the tracks, and aren’t (unfortunately) physically interesting. A reminder that things like large deposits of energy, tracks that bend suddenly in the detector, or beams of particles at wide angles are potentially candidates for “weird” observations – although, if in doubt, it’s best to flag it as weird, as we’re looking into analysing the images that lots of you have flagged up as being unusual (regardless of where you click.)

Good work, everyone – keep it up!